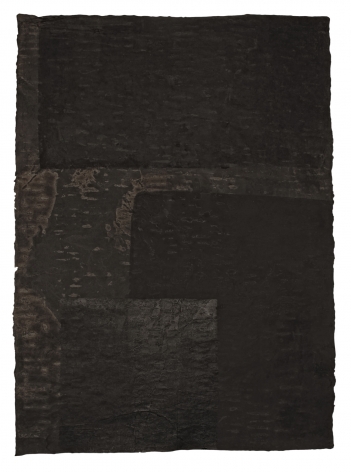 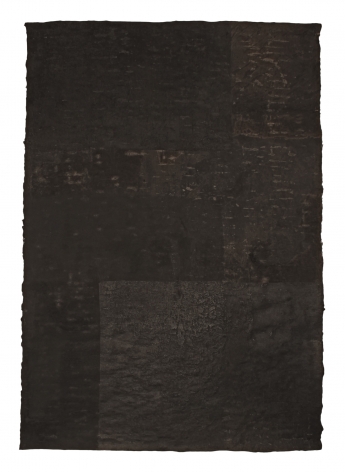 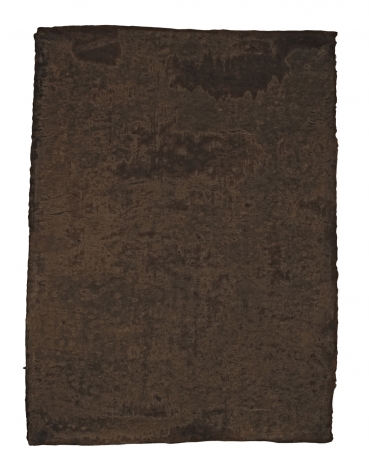 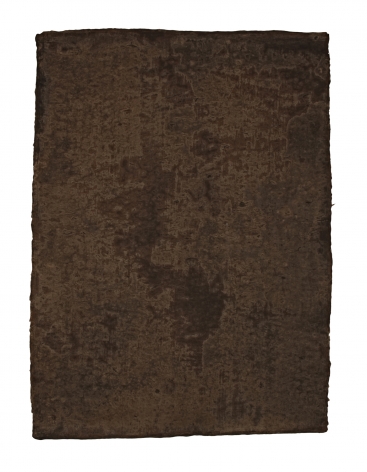 Naoaki Sakamoto has been involved with Nihon-shi (handmade Japanese paper) for decades. He began experimenting with papermaking, later on started dyeing it and finally drawing on it.

Just as in all Japanese art forms, Zen Buddhism has a major influence on Naoaki Sakamoto’s work. Inside the process of creating his works on paper, lays a spiritual discipline, which leads Sakamoto to focus on the contemplation and meditation of Nature, whether it is of a Japanese, Australian or Irish origin. In effect, several works in this exhibition belong to series done while travelling away from Japan. They remain faithful to the artist’s commitment and respect for the mysterious nature of the four elements, all combined in Zen aesthetics.

In his abstract landscapes on paper, Naoaki Sakamoto makes use of horsehair brushes, black ink and natural pigments, together with raw materials such as stone dust, ashes or sawdust, whose shapes remain embedded inside the paper. As Zen art does not try to create the illusion of reality a great economy of means is necessary. Sakamoto intends to suggest, by the simplest possible means, the inherent nature of the aesthetic object. This concept of essence as opposed to illusion is prominent in the aesthetics of the works on exhibit.

Departing from a cosmocentric point of view rather than anthropocentric, Naoaki Sakamoto personal creative process involves in its gesture a certain degree of hazard due to uncontrollable use of certain elements. In the words of the artist himself: “Not only paper but also the sun and sometimes rain and morning dew contribute to the appearance of colour. In the process of time, all the united elements surrounding dyes and paper, including me dyeing the paper, have been involved and appear on paper as a pattern.” 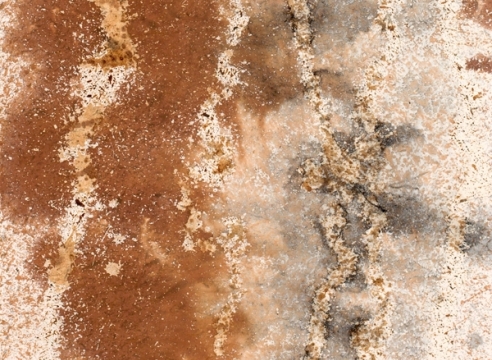