Born in Buenos Aires in 1937. From 1976 until his death in 2009 he lived and worked as a photographer and teacher in Barcelona.

Humberto Rivas descended from Italian and Portuguese immigrants (his Portuguese grandmother, a washerwoman, taught him that language). His parents were textile workers, and at the age of thirteen he himself began to work in the trade, and would spend weekends training to be a professional cyclist with his father. When he was seventeen he began a correspondence drawing course and sold his racing bicycle in order to buy a painter’s easel. The following year he started working as an apprentice at an advertising agency and was able to purchase his first camera, an Argus 35 mm with fixed rangefinder. In 1959 he would buy a Rolleiflex 6 x 6 that enabled him to take on greater challenges.

1958 was the year the first public display of his drawings and paintings was made at Galería Lirolay and the following year the first exhibition of his photographs was held at Galería Galatea, both in Buenos Aires. In 1962 designer and sculptor Juan Carlos Distéfano, then Director of the Torcuato Di Tella Institute in Buenos Aires, invited him to run the department of photography of the legendary art centre. Over the sixties and seventies many Argentinean artists and creative personalities passed through the centre and were captured by Rivas’s inexorable camera, influenced at the time by Richard Avedon and Diane Arbus. Examples of works from this period include the portraits of Argentinean artist Roberto Aizenberg, taken in 1967 in a rubbish dump in Buenos Aires and a portrait of Jorge Luis Borges taken in 1972. Juan Carlos Distéfano, Roberto Páez, Rubén Fontana, La Polaca, Grupo Lobo and many other prominent figures from the cultural milieu of Buenos Aires of those years were also portrayed by Rivas.

This apprenticeship enabled Rivas to develop his own aesthetics, which strove to discover the other side of his sitters, which usually remained unseen. Later on he began to introduce the mystery of identity and the poetics of silence and absence in his works. His close lifelong friendship with photographer Anatole Saderman, whom he regarded his master, would have a decisive impact on his career as a photographer.

In 1974 he set out on his second journey across north Argentina, a trip that culminated in the portfolio entitled «Norte» (North) portraying the people and landscapes of Tucumán, Salta and Jujuy. This work already points to some of the themes and procedures Rivas would develop later on in his career.

In 1976, after the military coup in Argentina and the imposition of state terrorism, Humberto Rivas, who found violence intolerable, moved to Barcelona in the company of his family and thanks to the support of América Sánchez who was already living in the Catalan capital. His arrival in February 1976 had an impact on the city’s art circles, bringing together all those who hoped to advance creative photography, which at the time was marginalised from other artistic disciplines. In 1982 Rivas took part in the first edition of Barcelona’s Photographic Spring festival, designed to draw attention to a medium that was not yet on an equal footing with other contemporary art disciplines.

His creative work ran parallel to his pedagogical commitments that brought him into contact with younger generations of photographers who were encouraged by his oeuvre and his experience, considering him a strict yet receptive spirit, a master of ‘pure’ photography, as a result of which a number of creative and dynamic groups would soon emerge.

Rivas continued his career as a portraitist in Barcelona, and was commissioned to produce portraits of famous Catalan figures such as Joan Miró, Josep Tarradellas, Federica Montseny, Charlie Rivel, J. V. Foix, Salvador Espriu, Joan Brossa and Antoni Tàpies. Humberto Rivas considered portraits as tests, the challenge of managing to express his own personal vision moving beyond the original stereotyped image of the sitter.

In parallel to this and with growing intensity he turned to landscape, especially cityscapes, and in the seventies and eighties he formulated a heightened poetics of the passage of time and the treatment of light, thereby transforming his landscapes into technically precise icons of contemporary art. Rivas depicted other subjects such as still lifes of withered flowers or solitary objects abandoned in space and time, and his treatment of these images reflects his admiration for the painting of Rembrandt and Durer and the still lifes by Francisco de Zurbarán.

As a film lover Rivas was particularly devoted to Ingmar Bergman, and greatly admired Sven Nykvist’s photographic lighting in the films by the Swedish director. In 1994 the Arles photography festival invited Humberto Rivas to make an audio-visual work on Jorge Luis Borges in which Rivas interpreted the writer through one hundred slides, some of them taken at the Recoleta cemetery in Buenos Aires.

A connoisseur of the history of art, Humberto Rivas greatly admired Goya and his "Disasters of War series". From a young age Rivas had been fascinated by the spirit of the Spanish Civil War, but this interest was not creatively expressed until it materialised in the pictures he took of the vestiges of the conflict. In "Huellas de la Guerra Civil Española" (Traces of the Spanish Civil War) the artist presented signs of a bygone time recorded in the present, documenting their impact on our surroundings and managing to subtly convey the invisible, to silently speak to us through faces, walls, houses, landscapes which, in spite of having survived the tragedy that now seems so remote, still show traces of pain and form a part of Spain’s silent history. Belchite, Corbera d’Ebre, Figueres and Lleida are some of the scenes captured in the pictures.

In her catalogue essay presenting this series, entitled “Huellas que nos miran”, philosopher Nelly Schnaith writes: «Much has been said of the close ties between photography and death. The click of the camera executes because it immobilises life’s coordinates, the evolution of time and space. Strangely enough, the photos in this show dedicated to death produce the opposite effect: by bringing death to death they enliven what is dead. These pictures, which stand halfway between statements and documents, also conjure up scenes of fiction, illuminating an imaginary space that enhances the veracity of the document and preserves it for the future, when the memory of these modest beings, these poor barren landscapes has lost even the material support of their traces. By the time that history and compulsive urban development have erased them completely, leaving no traces or remains, Rivas’s photos will do the looking for them, proving what they no doubt unwittingly felt deep down inside—that our memory is more important and longer lasting than we are.» These photographs have a direct effect on viewers’ consciousness, prompting them to remember the suffering caused by all wars. With its ethical and critical content, the work is an anti-war protest and a condemnation of violence in general and comprises fifty-six photographs.

In his later years Rivas explored the oeuvre of the poet Fernando Pessoa, taking his poetry and The Book of Disquiet as the core of his creative thinking. His admiration for Marcel Proust’s "In Search of Lost Time is also worthy of note".
Rivas’s photographs of the years 2000 to 2005 are essential works that emphasise the nuances of black and reveal his mastery of chiaroscuro. Essence engages with subtlety in his last photographs, some of which are reproduced in the catalogue of his last one-man show held in 2008, Iluminar.

Humberto Rivas’s photographs form a part of important art collections in Spain and abroad and a number of books have been published on his work.
In 2006 the Museu Nacional d’Art de Catalunya (MNAC) in Barcelona organised a retrospective exhibition of his oeuvre. In 1997 Barcelona City Council awarded him the City of Barcelona Plastic Arts Prize; in 1998 he received the National Photography Award from the Spanish Ministry of Culture; in 1999 he was distinguished in Argentina with the Konex Prize; and in 2009 Barcelona City Council granted him the Gold Medal for Artistic Merit. Humberto Rivas died on 6 November 2009 in Barcelona. 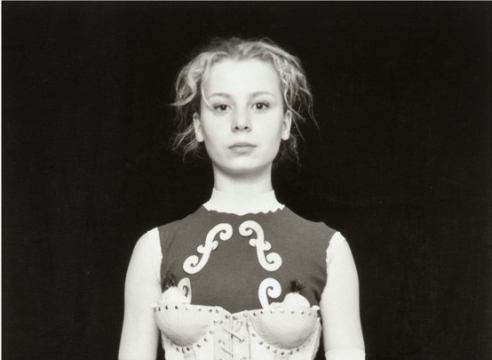 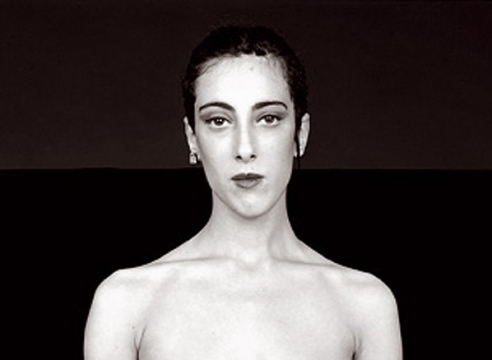